The Menlo Software Factory is an empty, lifeless space right now. The dark and quiet, usually reserved for nights and weekends, is now an everyday thing. We have bugged out. 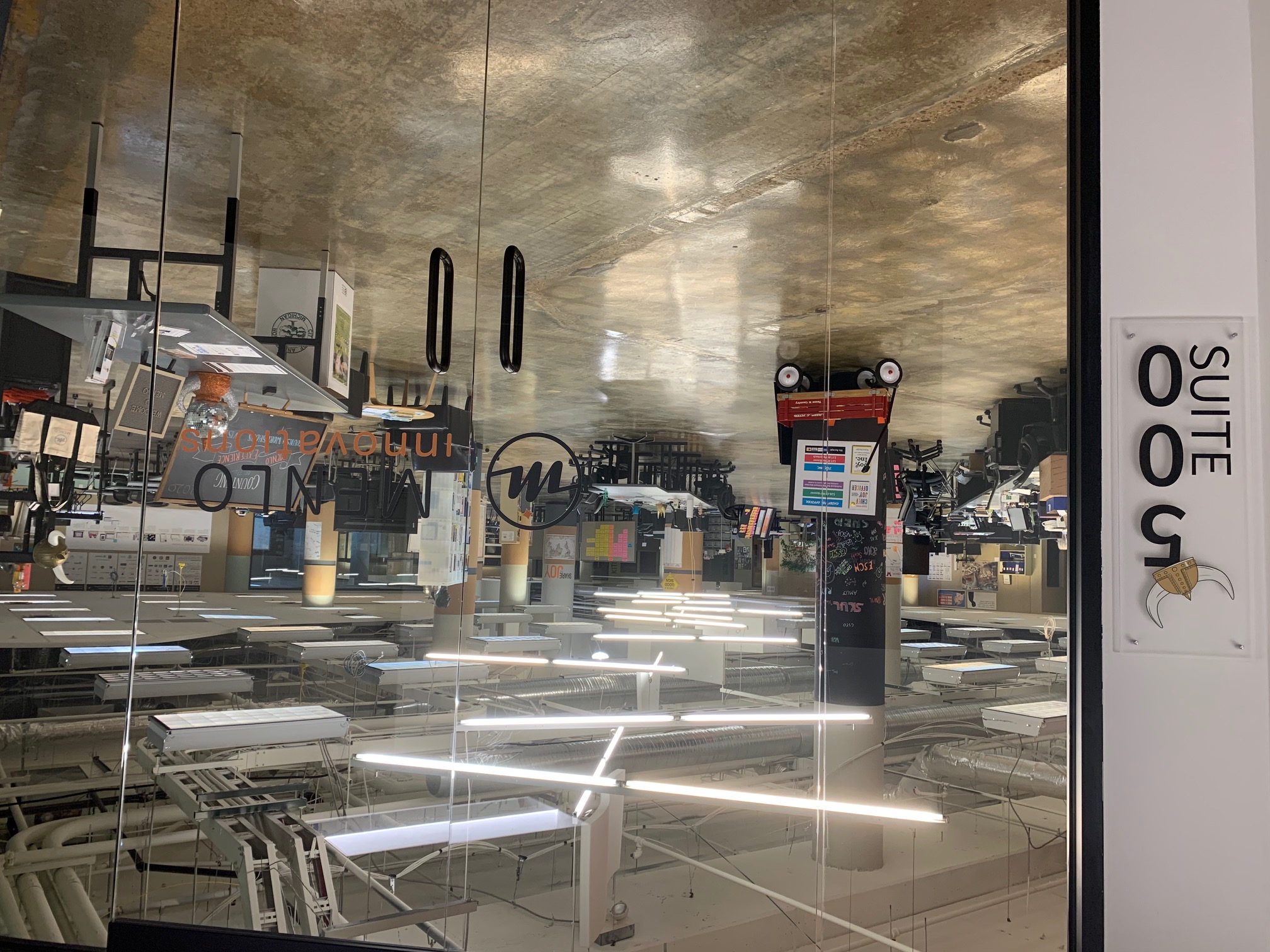 Once or twice a week, one of us has to visit the office for some critical business needs. More often than not, it involves picking up a piece of equipment that needs to be transported to the home of a now remote Menlonian. The transfer is typically done by my co-founder James or me. Yesterday, the role of IT delivery guy fell to me and I was picking up a computer & two monitors to go to Andrew’s home. Before I turned off the lights to leave, I took a moment. With some longing for times past, I paused to scan the Factory and noticed how much of our equipment was now gone, transported to places around Ann Arbor. Still in place were empty tables, chairs and several whiteboard tables filled with drawings & Post-it® notes from a project put on pause, and various other stark reminders of a team that left suddenly. At first it felt apocalyptic, then I paused to think of the positives going on here. It reminded me of an excerpt from Joy, Inc. that has delighted many a reader … 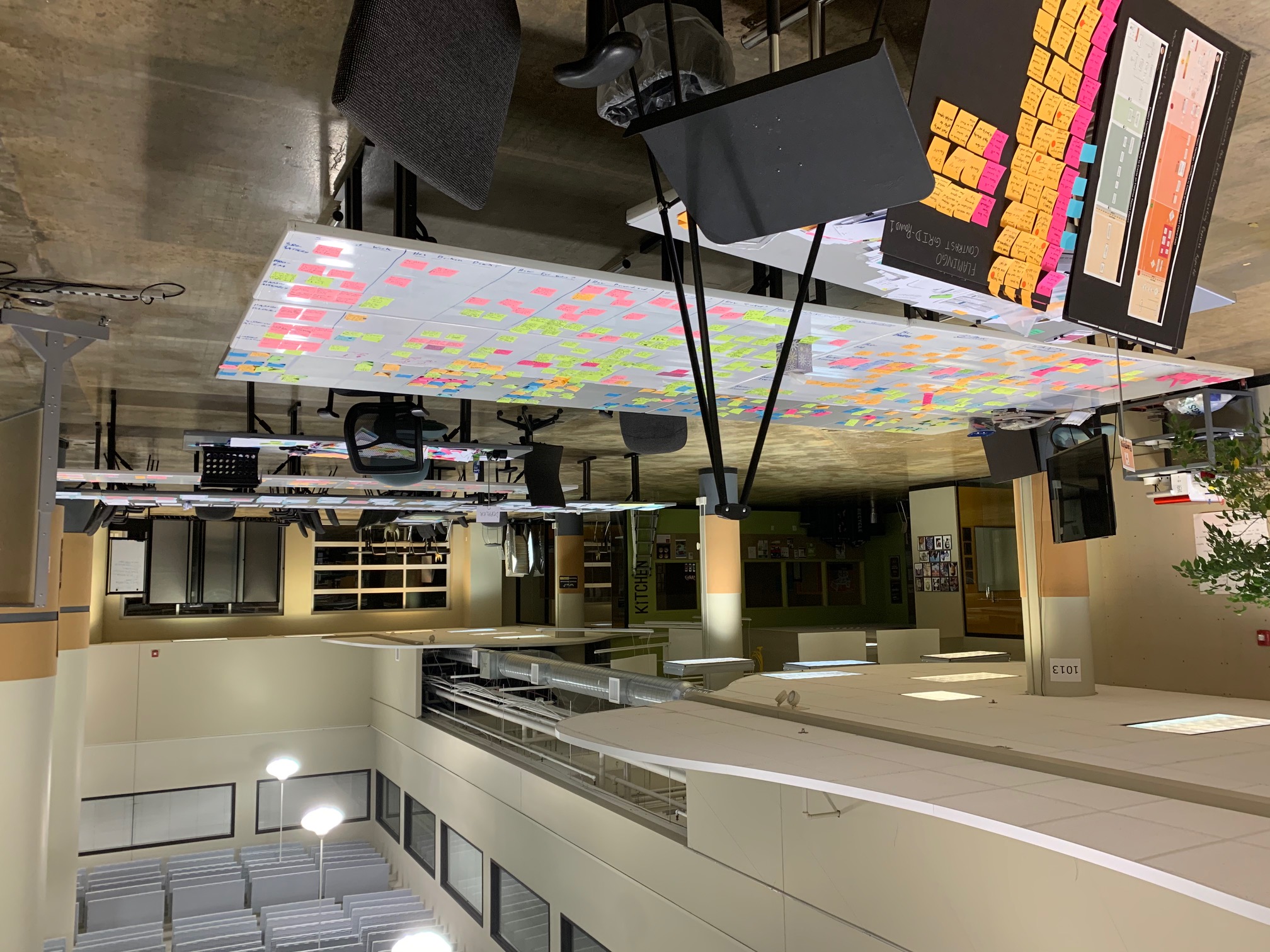 One of my favorite television shows growing up was M*A*S*H, starring Alan Alda. Menlo has a lot in common with the Mobile Army Surgical Hospital and the 4077th unit, which had an amazingly competent yet playful culture.

I always found it fascinating that the unit itself was mobile. When the front lines moved during the Korean War, they could change their space and location quickly, even overnight if necessary. Likewise at Menlo, we have a space that is very flexible and made of lightweight mobile equipment. Three times in our history we have “bugged out” and moved to bigger space in a different part of Ann Arbor. Each time, we broke down our entire factory (tables, chairs, boards, computers, books—everything) on a Saturday and put it all back together in the new space on Sunday. By Monday morning, Menlonians were back at work, never having missed a workday on account of a move.

M*A*S*H taught me that playfulness helped relieve the tension of being in a war zone. Practical jokes, whimsy, and lack of respect for traditional authority of corporate culture keeps us energized and engaged. These qualities are amplified when you’re in an open, flexible, mobile space. But what I perhaps most appreciated about M*A*S*H 4077th was that, when they were at work in the operating room, there was no question they were the best in the world at what they did. Although they could be irreverent and goofy, they were also serious and skilled. While the M*A*S*H workers didn’t appreciate the human destruction that war had sent into their little mobile hospital, they were going to give everything they had to put injured humanity back together. 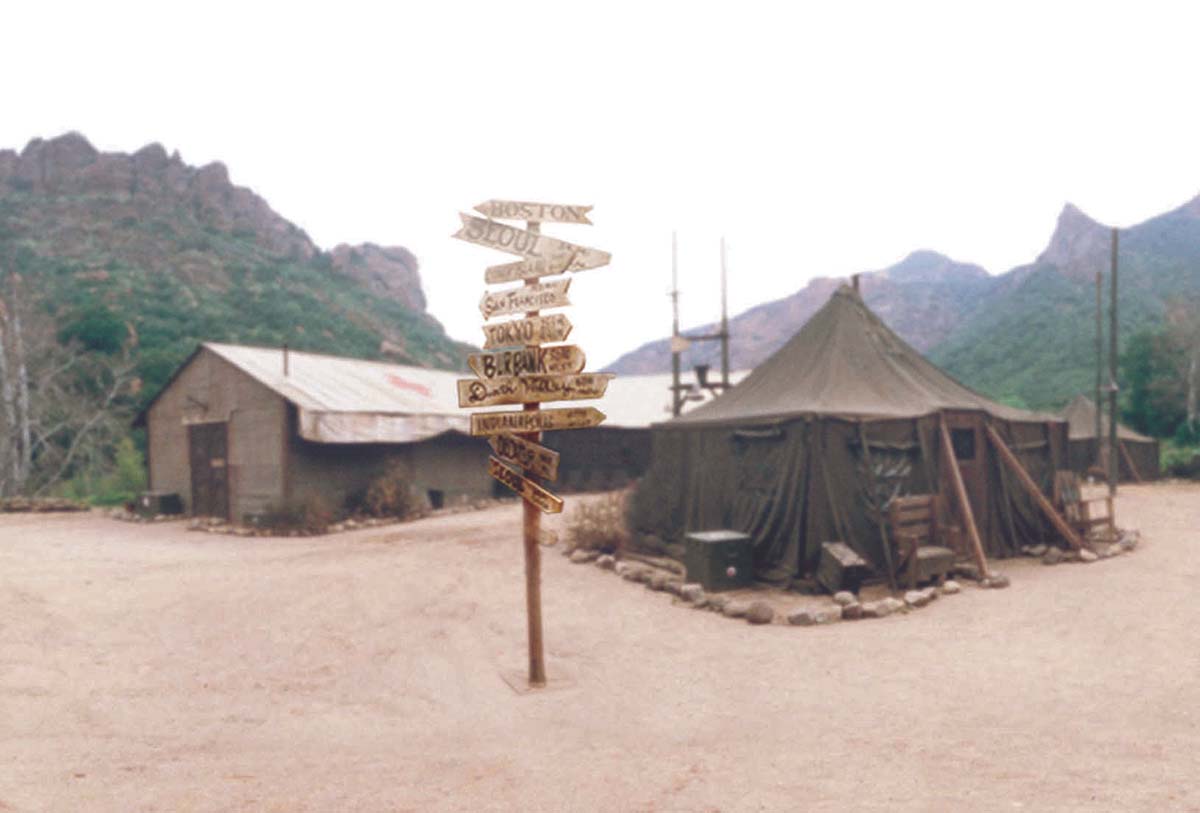 Every other big move we’ve done in our nearly 20 years of business has been planned and executed with precise plans for moving out and moving in. This time was different. This time was more like the wartime reference I made in Joy, Inc. On Friday, March 13th, the President declared a national emergency, on Monday we announced big changes at Menlo and started the bugging out process of sending people home with what they needed. By Friday of that week, we were down to a skeletal crew in the office. Then, not unexpectedly, all Michigan businesses were told to close and workers to ‘stay-at-home’. We scrambled as quick as we could to re-establish a base of operations away from the front lines of the pandemic. In this case, the front lines ended up being ‘us’ … ‘us’ being ‘together’ in a big wide-open office. We were ground zero of the attack by the invisible COVID-19 enemy. We were fighting the enemy by not consorting with it. The stakes were high: life and livelihood.

The world still needed our M*obile-A*gile-S*oftware-H*ospital. We had active projects that have continued. Some stopped, of course, due to the same conditions affecting those clients. We had new ‘incoming’ projects showing up, some arriving as hurriedly as our bugging out, because these projects were aimed at this invisible enemy, whether for contact tracing, or systems for managing tests, and we had to scramble teams to shift gears and focus on new innovations and new technologies.

Thinking about all this, my spirits lifted out of the melancholy of the emptiness facing me that evening. I realized that all of the work we put in over the years to build a strong, cohesive team, whose high trust in each other allowed it to thrive even in times of great uncertainty and tumult, was now being put to the test. I thought about how Sarah Ball described her first day back at the virtual Menlo after her furlough. In her story, she wrote:

Afterwards, as I recounted my day to a friend, he surprised me by saying “it sounds like you were all in the office.”

And then I realized, he was right. Being remote did add hurdles, plenty of them, but the core of what I did and who I talked to could just as easily have been a pre-pandemic description of my workday.

As I consider my own experiences with our newly remote team, I revel in our daily standup as I still feel our energy … the laughter, the banter, the goofy Zoom backgrounds (Ted was on the surface of the Moon today), and the Friday after-work Zoom cocktails. I see a team willing to experiment like never before. I’ll never forget High-tech Anthropologist® Mollie, confronted with the challenge of a completely remote project, saying “it will be so exciting to figure out how to do this.” I’m not sure she, or the other Menlonians, will ever know quite how much comfort they bring to me, the CEO and co-founder of the crazy experiment called Menlo Innovations. I’m often cast into the role of Chief Optimist and team members will look to me to say ”it’s going to be OK” even if I don’t quite know how. I knew we would figure it out, together, because that’s what teams do. It is still a great comfort and relief when we do (figure it out).

Before I turned out the lights and left the quiet of the Menlo Software Factory, I glanced into our main conference room and saw the big stenciled reminder on the wall of why this is all working:

Not finance. Not strategy. Not technology. It is teamwork alone that is the ultimate advantage, both because it is so powerful and so rare.

– Patrick Lencioni, The Five Dysfunctions of a Team

Yes, we had bugged out. And one day we will be back. Exactly how or when is no longer as big a concern. It will happen when it happens. Now, and then, we will still be Menlo.

I encourage all of you to look for the positive changes happening all around you as you sort through the mess of war.